Abilympics  (Olympics of Abilities) are vocational skills competitions specifically designed for persons with disabilities to enable them to expose their unique talents.

In 1972, the Japan Association for Employment of the Disabled (JEED), held the “Olympics of Abilities”, with the aim to improve the vocational abilities of persons with disabilities to reach their highest potential.

A decade later the first International Abilympics was held in Japan in 1981, the competition has then gone from strength to strength, increasing its world profile and relevance.

Abilympics takes workskills competition to an international level where the quality of the finished work is the only item judged.

With events held in Asia, Europe, South America and Australia this competition provides a world stage to not only showcase the quality of workskills but to also give talks, assistive technology demonstrations and other programs related to disability issues.

Abilympics WA hosted the 1995 event in Perth, allowing a large field of local competitors to attend. The 1995 Abilympics also brought world attention to our beautiful city of Perth. 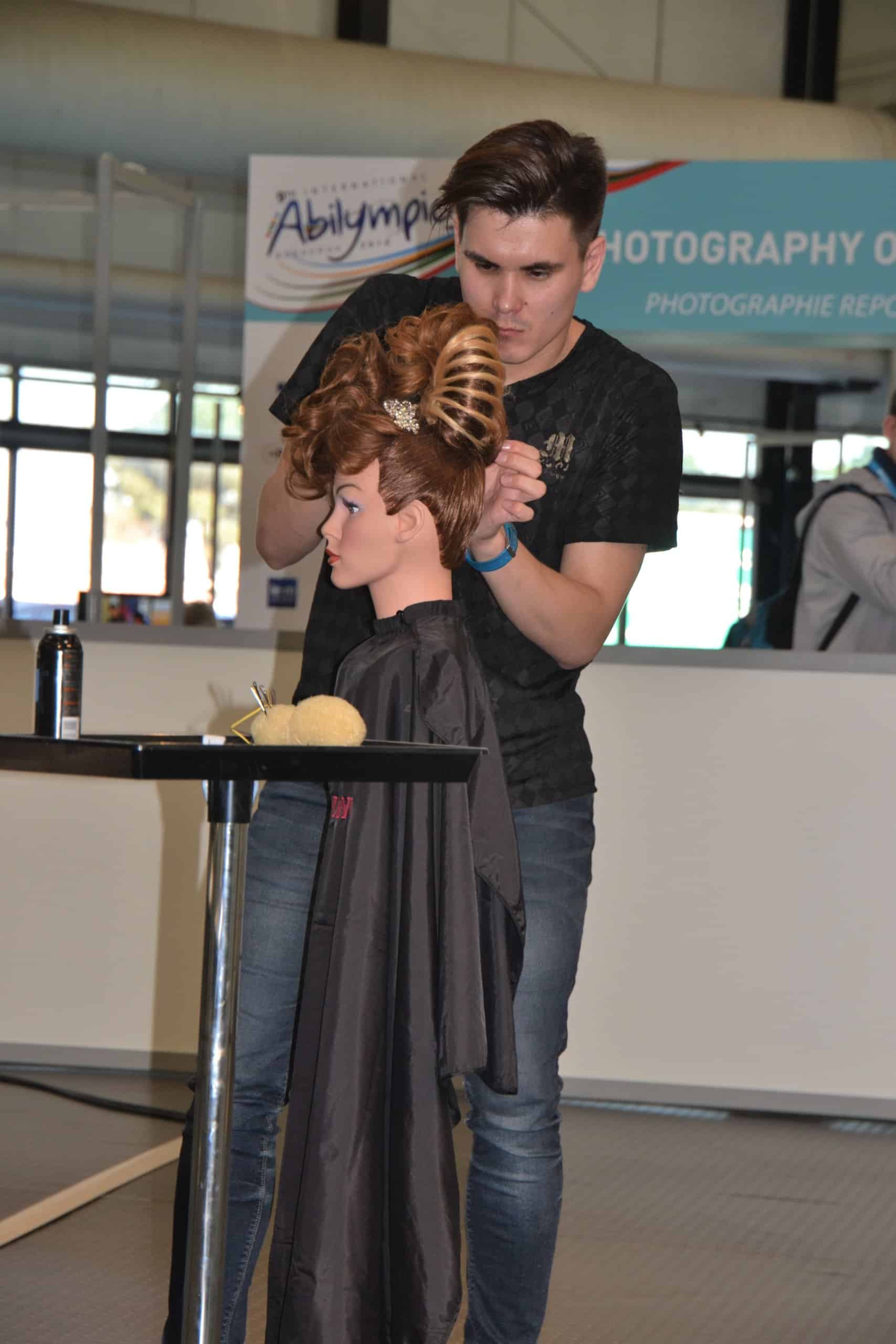 The Abilympics movement was founded in the 70’s in Japan. It covers a wide spectrum of workskill activities intensively supporting the employment of people with disabilities. The international body of this movement is the International Abilympic Federation (IAF) overseeing in Japan.

In 1972, the Japan Association for Employment of the Disabled, under the Ministry of Labour, held the Olympics of Abilities. The aim was to improve the vocational abilities of persons with disabilities, and to help them reach their highest potential.

The many activities of the IAF are the International Abilympics, a regular organization of world workskill events for people with disabilities. Special discussion and lectures aimed at various aspects of the lives of people with disabilities are organized during the IA. A rich programme of social and cultural events is an integral part of the competition.

Under the dynamic leadership of Sir Harry Fang, a new category of events – leisure and living skills – was introduced in the Third International Abilympics held in Hong Kong in 1991.

Abilympics WA hosted the 1995 event in Perth, allowing a large field of local competitors to attend. The 1995 Abilympics also brought world attention to our beautiful city.

The 9th International Abilympics were held in Bordeaux, France in 2016 with 10 people representing Western Australia in the Worldskill competitions. 10 people with disabilities from Western Australia (9 wheelchair users), competed in the following events: 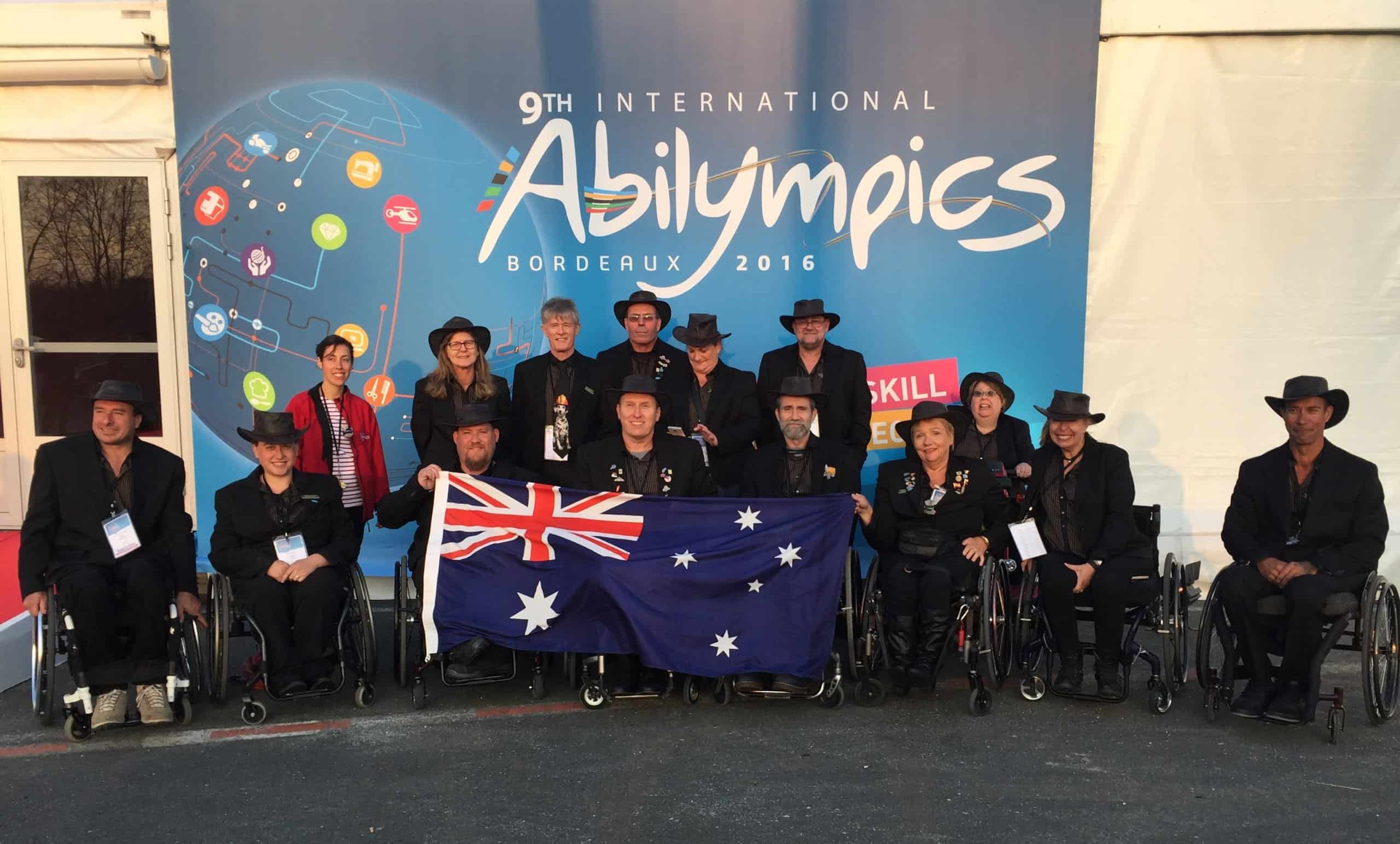 We at Abilympics West Australia acknowledge the wonderful achievements of our Landscape Gardeners, however I am very proud of the fact that Daniel and Michael having finished the 6 hour competition with 20 minutes to spare, asked the judges if they would be permitted to assist a pair of lads who had no chance of completing their garden. Being assured that no-one would be penalised their kind request was granted.

Whilst Abilympics aims at promoting workskill events to enhance employment potential for the competitors it has the added effect of increasing confidence and social skills of the participants and highlights the potential of people with disabilities where the only judgement made is on the finished product.

I would like to acknowledge the wonderful support team that assisted our members in transfers, wheelchair maintenance and the everyday needs of the competitors.

The Korean Employment Promotion Agency for the Disabled (DEPAD) hosted the 8th International Abilympics in Seoul, Korea in September 2011. This event cumulated in Koreas’ 15 year history of holding National Skills Competitions for people with disabilities and set the stage for a successful International Event.

Contestants came from 52 countries and included 1,500 people with disabilities and their support teams and officials. 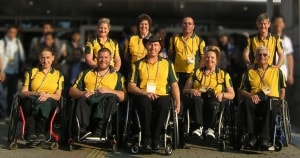 From the outset our host country successfully showcased their country and their organizational skill which was extraordinary. I am sure every country will agree with Australia in complimenting the Organising committee on every aspect of the enormous task that they undertook. Nothing was left to chance and our hosts and the large team of volunteers ensured that the event ran smoothly and competitions, transport, accomodation, meals etc was of the highest standard. It is no mean task to organize an event of this nature and to meet the many diverse needs of people with disabilities, however everyone we spoke to had nothing but high accolades for our hosts and the charm of the people.

The competitions were held at the AT Centre.

Several of the social events including the Opening and Closing ceremonies were held at Olympic Village (home of the 1988 Olympics).

Australia’s Team comprised of 6 people with disabilities and 3 escorts, including a State Registered Nurse, Physiotherapist and the Team Leader who is also an Executive Member of the International Abilympics Federation and as such attended all official meetings etc.

Five of Australia’s team are wheelchair users and our team competed in the following workskill events:

One competitor also competed in the new leisure category of e-sports and although he was not awarded a medal he placed fourth and received a special award. It is probably noteworthy at this point to also state that he experienced difficulties with his allocated computer. He is to be congratulated on the fact that he handled the situation with patience and compassion for the technicians working to remedy the situation.

Austalia placed 5th in Bicycle Assembly and would probably have been a medal contender but he was unable to complete the task in the allotted time.

Like all International Competitions the standard is extremely high. I am proud to have been part of the Australian Team, who conducted themselves in the true spirit of the Abilympic movement.

Several of the team members will be considered for future selection as although no medals were won they performed well. With several years to practice their chosen fields they coud place in future events.

It is hoped that a larger team can be considered for the 9th International Abilympics and we look forward to hearing from people with disabilities in the next two years.

Competitions aside, our hosts made sure that social events were not only enjoyable but provided the opportunity for cultural exchanges between participants. Team members were able to mingle with competitors from other countries exchanging ideas, beliefs, much humour and the sharing of knowledge.

As readers are well aware, accommodation for people with diverse disabilities can be and usually is very difficult. Each team had been allocated a host/interpreter a year before the event and our host worked tirelessly to make sure our accommodation was wheelchair accessible and with endless questions/answers via emails we were housed at a very suitable hotel which met our every requirement.

The 7th International Abilympics returned to its nation of birth stronger than ever in the city of Shizuoka, being held concurrently with the 39th WorldSkills Competition. With 3,800 participants (910 for the IA) from over 60 countries and 290,000 visitors attending this was undoubtedly a massive success.

The organizing committee provided a world class environment for the events and energized many volunteers to assist, especially through their ‘One School One Country’ cultural exchange experience where each attending country/region was supported by a local school.

The competitors took away unforgettable memories of showcasing their professional skills on the world stage and the friendliness of Shizuoka’s local volunteers. 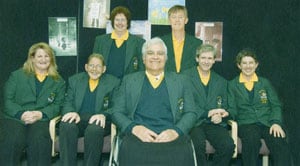 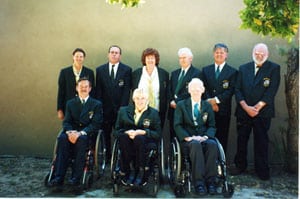 The Australian Abilympics team outside the Vystaviste building in Prague.

Holding the 4th International Abilympics in Perth, Western Australia was both a coup and a challenge for Abilympics WA. With the tender process going back several years and pursuing government commitments to help, despite a change of state leadership, the Burswood Superdome and Burswood Conference Centre finally saw the competition begin.

With a five day program (under the banner of “A World working together”) to keep on track and the chance to field a large team of local competitors our team of Board Members and volunteers learnt of the challenges of organizing accommodation and transport to suit the needs of all the competitors.

The focus of the week was of course the Abilympics Competition itself but also on the program was the Opening Ceremony at the Entertainment Centre, a three day conference with Keynote Speakers from Australia, South East Asia, USA, Indonesia, New Zealand and the United Kingdom. Information displays were on show and time was found to take the competitors and their assistants on Recreational events such as the Great Aussie Barbecue.

The hard work and preparations paid off with Australia achieving second place in the medal tally. All too soon the Closing Ceremony began, bringing an end to a friendly Australian International Abilympics.

More than 1.500 people from eighty countries attended the Abilympics Games in Hong Kong in 1991. This was the largest Abilympics team ever to represent Australia.

A memorable event during the Games was the attempt to break the Guinness Book Dragon Dancing World Record. At 3,000 feet long the successful Dragon Dance drew great attention. 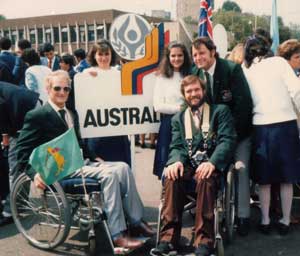 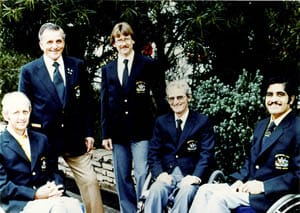 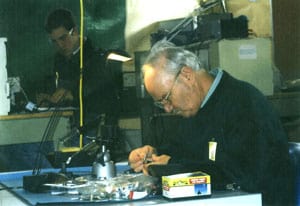 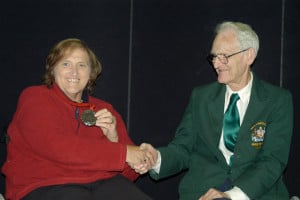